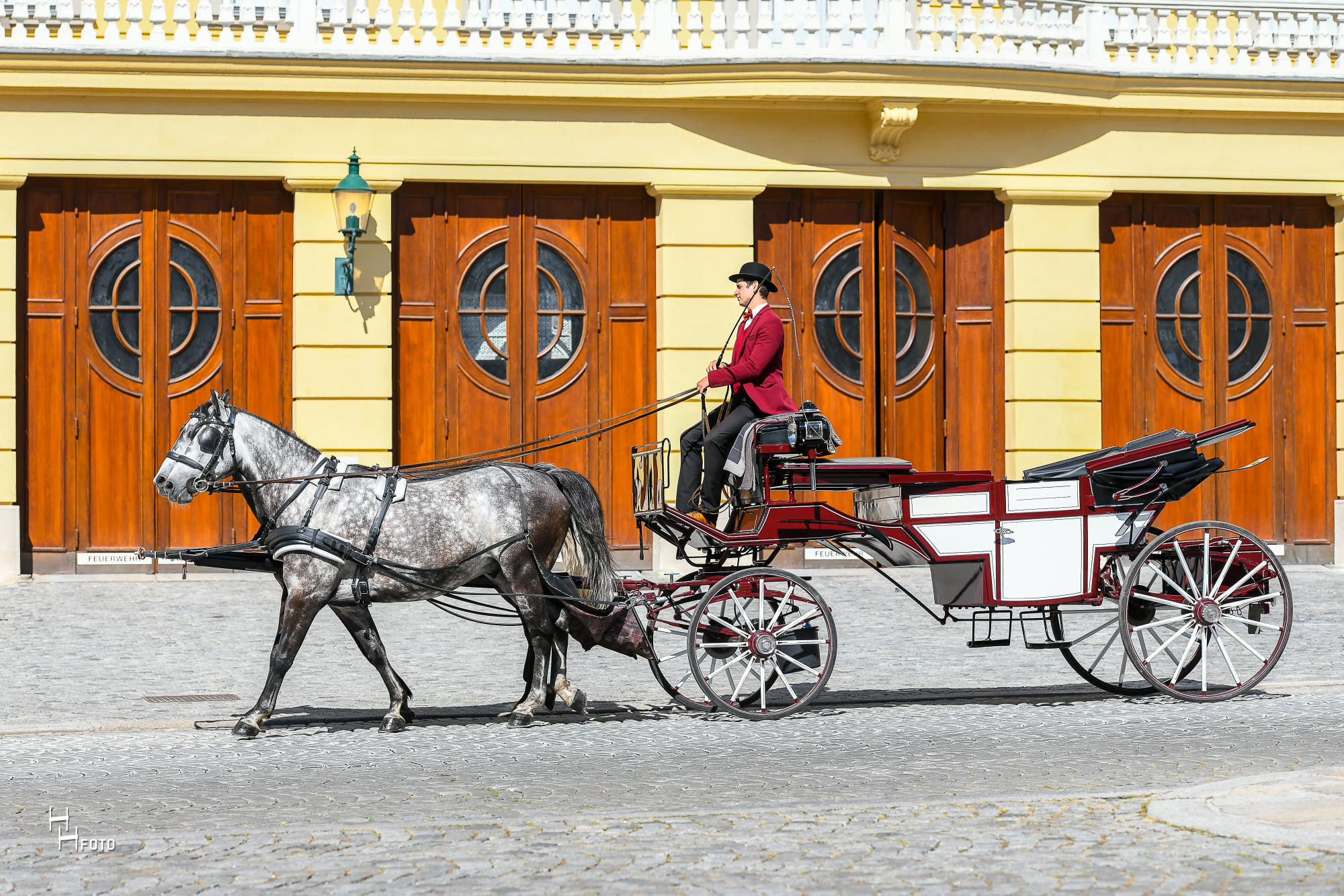 The Paul company is a traditional Viennese company which was founded by the grandfather of the current owner and has been offering horse-drawn carriage rides for over 50 years. It is the only Viennese Fiaker company to have a license for tours on the grounds of Schönbrunn Palace. On peak days, around 20 horse-drawn carriages from the Paul company are on the road in Vienna.

Horse-drawn carriages have shaped the cityscape of Vienna since the 17th century. The coachmen themselves were often well-known originals, and many fiaker songs also show the great importance of this still attractive tradition. Fiaker refers to both the wage carriage and the coachman himself. A light, open carriage for 2 people is also known as a cab or horse cab. Fiakers have become an indispensable part of the Viennese cityscape, not just in the summer months. You are out and about every day in Vienna’s old town to bring the city’s visitors closer to the beauty of Vienna from a different perspective.

Numerous prominent personalities have already been driven through Vienna by the Paul company. from Lady Diana and Prince Charles up to James Bond in %22The Living Daylights%22 In order to be able to fulfill His Majesty’s commission successfully, we were already allowed to drive.

For the Shooting of the TV series “The Salt Baron” Some carriages were kept in Bad Ischl for a year in 1992 and also “The man in the iron mask” drove a Fiaker from the Paul company. 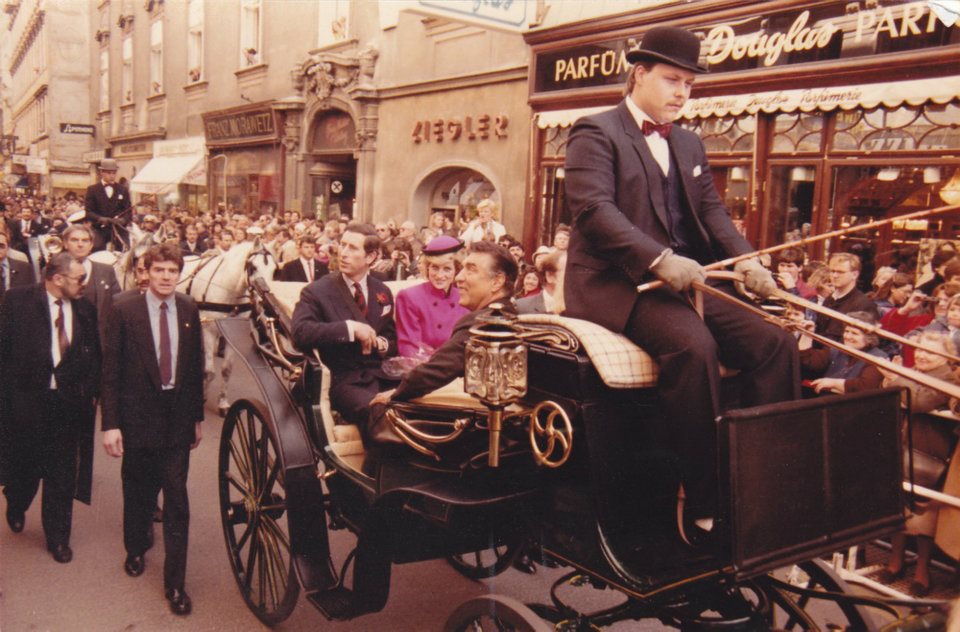 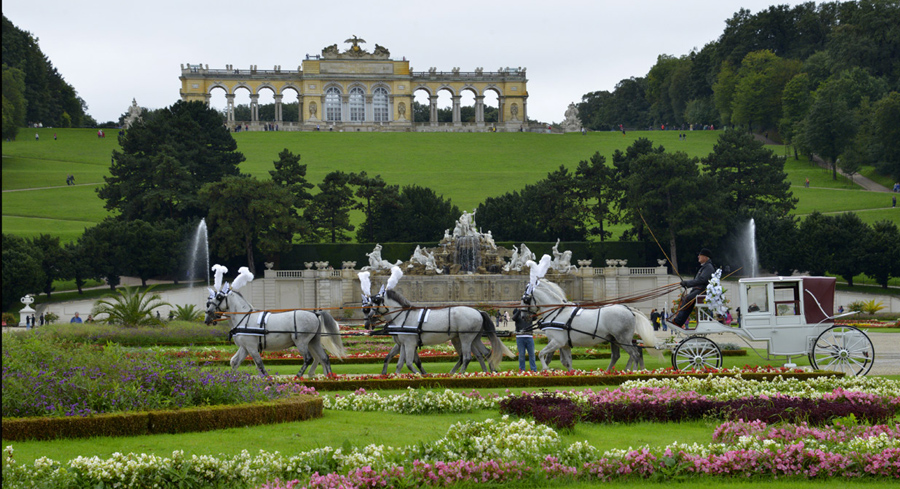 Six horses at the wedding of Mr. Richard Lugner 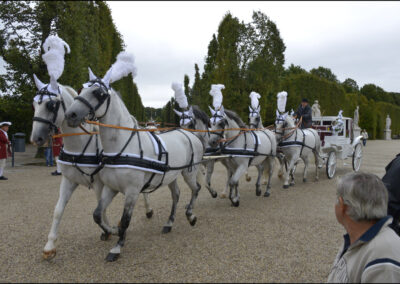 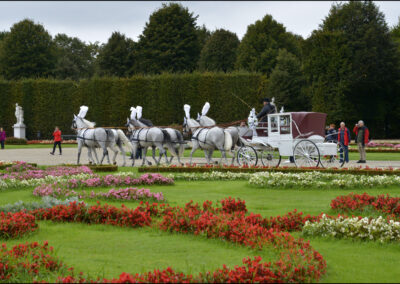 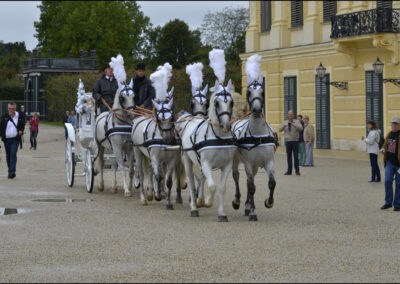 Animal welfare and health are very important to us 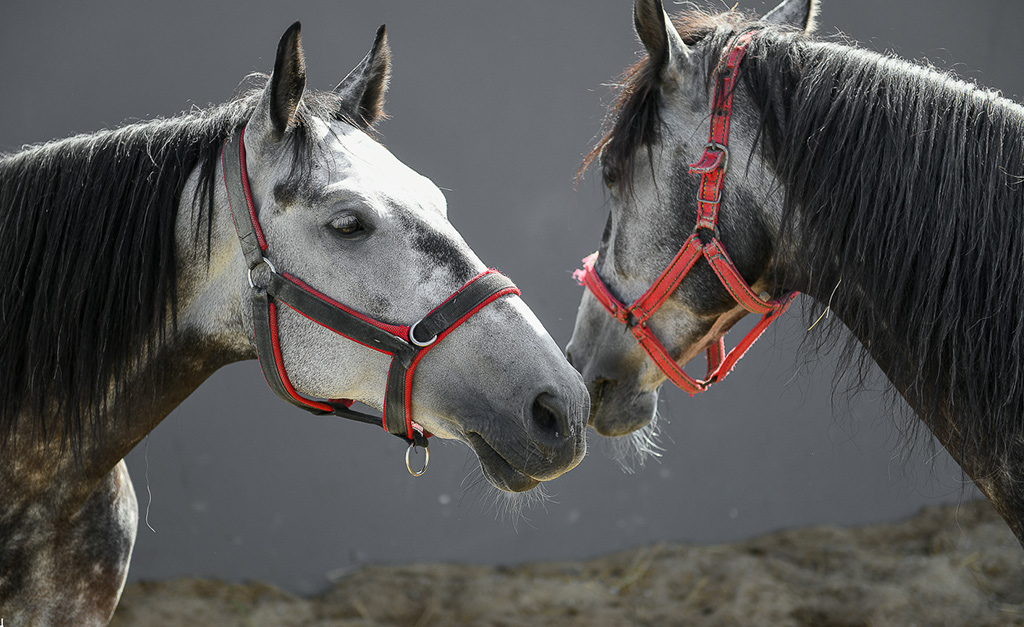 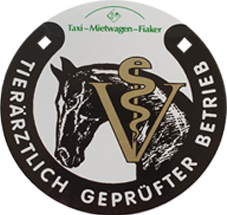 Our promise of quality 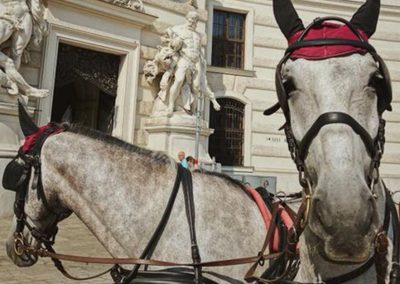 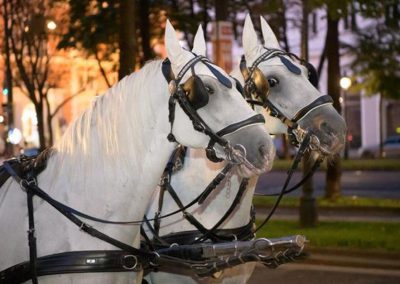 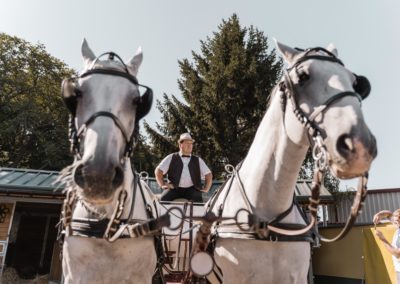 How we treat our horses 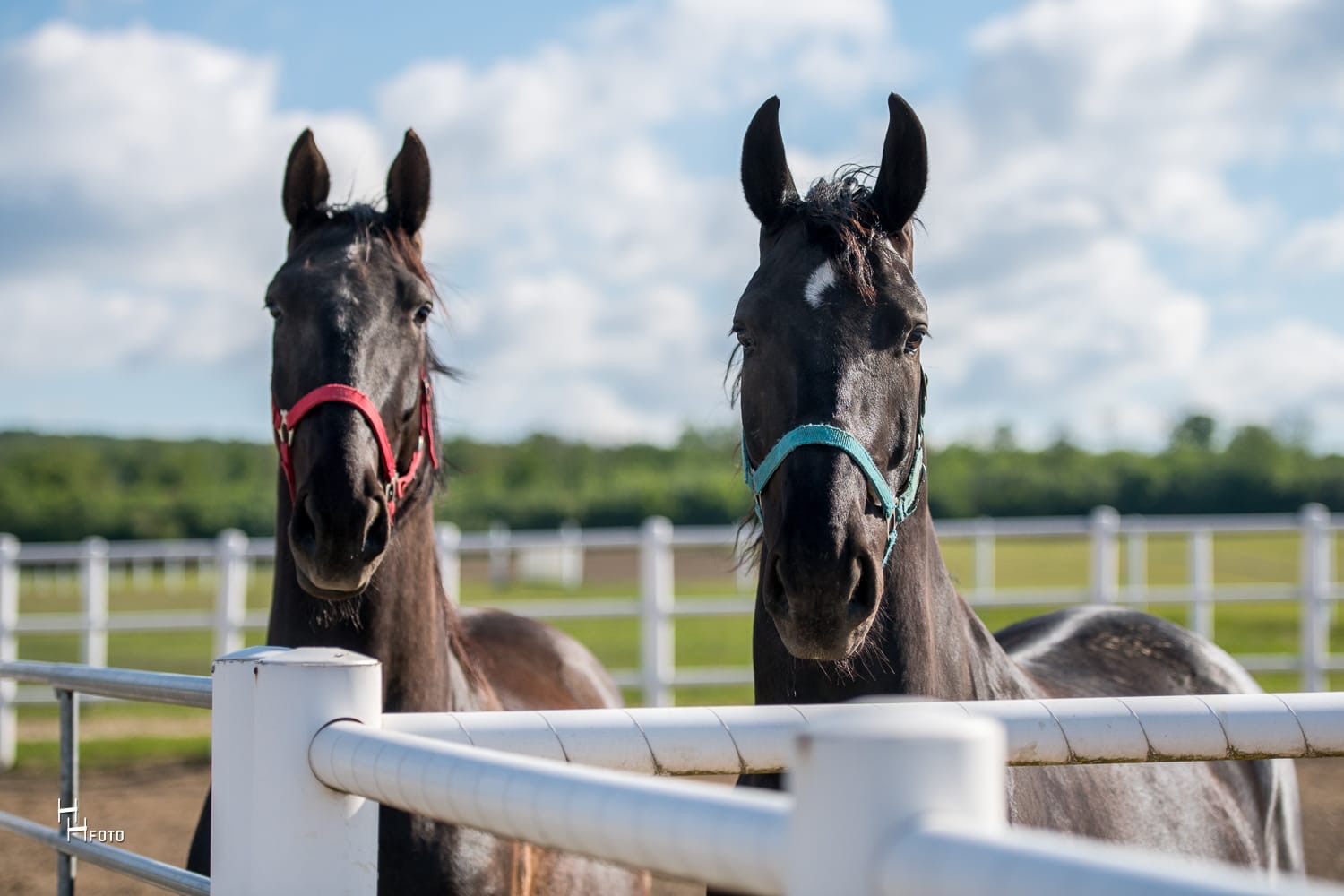 Fiaker horses are allowed to work four days a week – they have to have three days off (Animal Welfare Act). In addition, all of our horses are given a regular paddock and vacation at our horse farm, which means we can guarantee a good balance between work and leisure.

%22You cannot rely on a horse that obeys out of fear. There will always be something that it fears more than of the rider. But if it trusts its rider, it will ask what to do when it is afraid. %22
Antonie de Plivinel – Guiding principle of the company

The horses are trained by ourselves. With our horses we not only learn to walk in step, but also to behave calmly in traffic. Our principle in dealing with our horses is basic trust, love and time. Training a horse can take anywhere from 5 months to a year. You will not be accepted until the end of the 4 years of age used as a carriage horse, mostly in 5th year of life. We love our horses and have a personal relationship with each of them. We invest a lot of resources in their well-being, which goes far beyond the legal requirements.

An example of this is our 10 hectare horse farm in Arbesthal – Göttlesbrunn, where our horses can enjoy their vacation and their pension. 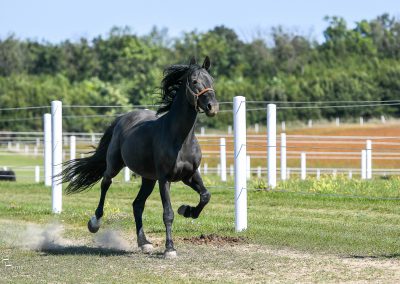 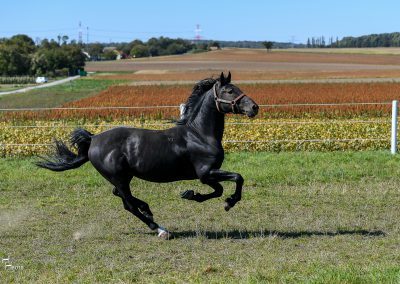 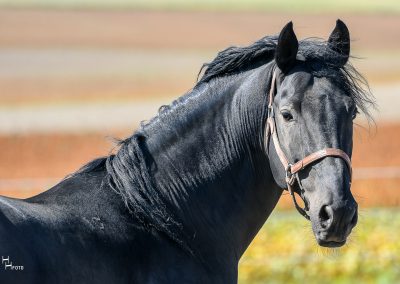 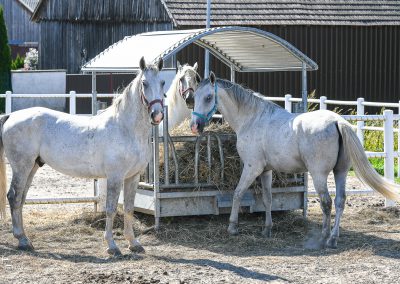 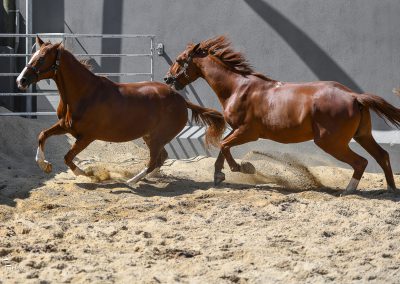 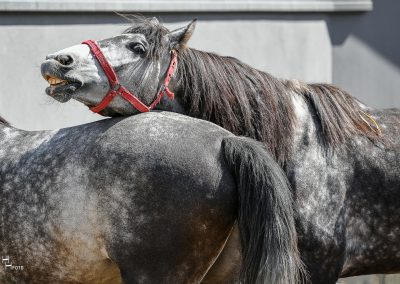 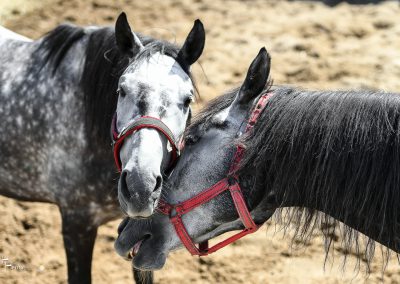 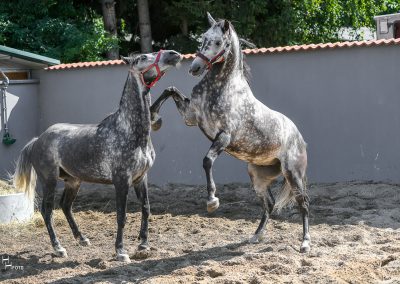 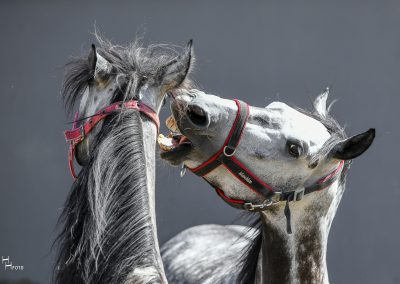 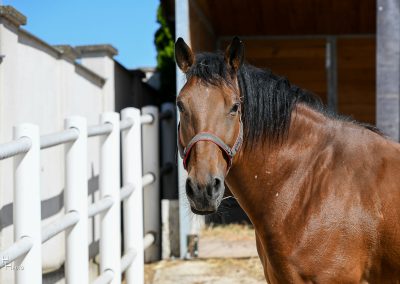 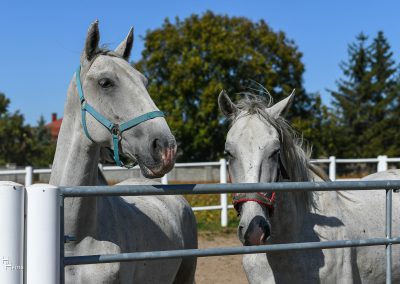 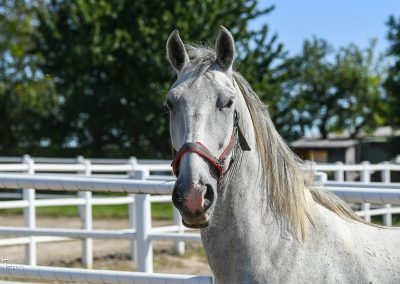 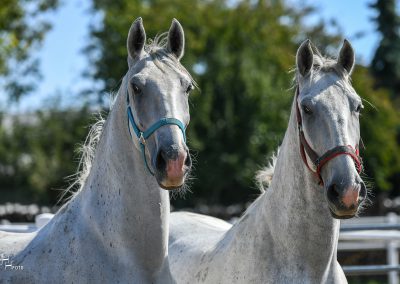 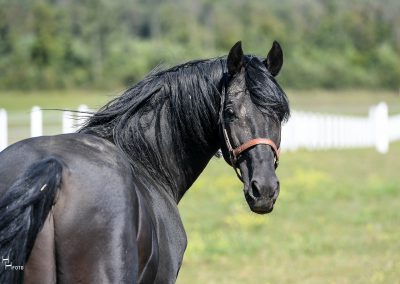 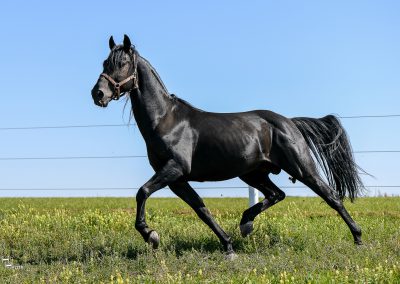 Animal welfare and fawning – how they fit together

Animal welfare and fawning – these are two words that are associated with many people, but mostly in a negative context. At first glance, that seems quite understandable. But if you look and find out more, you know that horse riding and animal welfare do not have to be a contradiction in terms – on the contrary.

User partner company Riding Dinner has in his Blog cleared up the common myths:

More detailed information can be found at fiaker.info

Take a look behind the scenes

Convince yourself of our quality and visit us in our Vienna stables or our Fiaker horse center in Göttelsbrunn-Arbesthal.

Farm tour around everyday life with our horses, followed by a ride in the %22Zeiserlwagen%22.

What our customers say

There are many Fiaker entrepreneurs, but only one Fiaker Paul

R. deVrey
10:16 27 Aug 21
Our driver Ronny was just wonderful. We got a lot of interesting information about the sights on our route and some very helpful tips for our stay in Vienna. Very clear recommendation from us.

heinz loewinger
15:44 19 Jun 21
At first I was very skeptical about supporting such a company. But after we happened to run into Hermann Hofer and his horses, the doubts were immediately gone. You really rarely see such an incredible person who lives for his work and wants only the best for the animals. The tour through Vienna was really wonderful and through Hermann's explanations and historical background to individual buildings you could learn something at the same time. Absolute recommendation!

Janine Schweizer
10:21 04 Jun 21
I've never driven a Fiaker before, but I'm really excited. Seeing Vienna from this perspective is something very special. The horses all look so great. The coachman told us a lot about sights. It was really very nice.Can only recommend this Fiaker! The animals are doing really well here. Of course I also visited the stable and got a picture there.

This website uses cookies to improve your experience while you navigate through the website. Out of these, the cookies that are categorized as necessary are stored on your browser as they are essential for the working of basic functionalities of the website. We also use third-party cookies that help us analyze and understand how you use this website. These cookies will be stored in your browser only with your consent. You also have the option to opt-out of these cookies. But opting out of some of these cookies may affect your browsing experience.
SAVE & ACCEPT